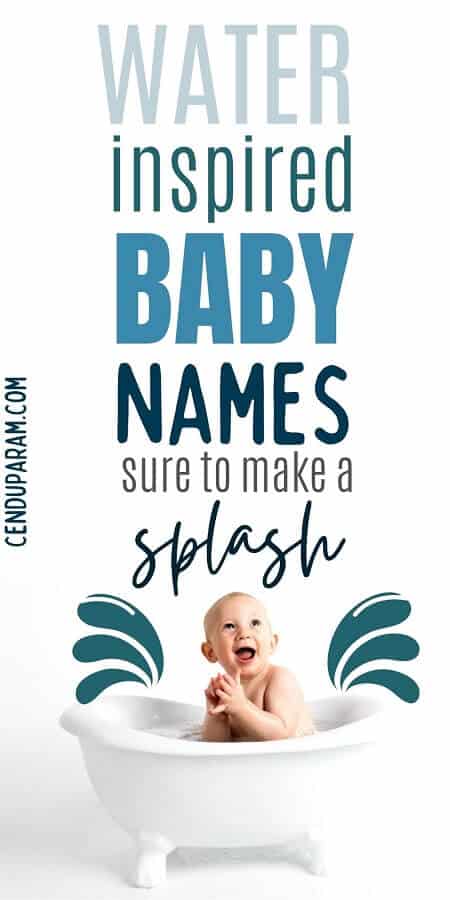 Looking for cute baby names that mean water? This list has over 100! There’s a little mix of everything to do with water themed names like oceans, and the sea, rivers, bodies of water, waves and rain too.

Water is a universal of life so it bears a lot of importance across all cultures. This water-themed names list will include baby names inspired by water from all over the world. It’s a universal connection to nature and let’s not forget both the entire world and even our bodies are made up of 70% water.

It’s also perfect if you have a water baby, as in a baby born in under of the water signs in astrology.

Whatever your reason for choosing a baby name with a water theme, there are so many beautiful ones to choose from.

Let’s look at some of the best water inspired baby names!

WHAT NAMES ARE RELATED TO WATER?

For this list of watery names, I took inspiration from everything water themed including ocean names, large bodies of water like lakes, smaller ones like streams, creeks and brooks.

Water comes in so many forms, including weather too. So you’ll see some weather related water names that involve rain and storms too.

There’s also water inspired names taken from magical and mystical creatures of the sea as well as gods and goddesses of the oceans.

I tried to include all kinds of names that are related to water in many different ways.

First up, we will look at some beautiful girl names that mean water. As I mentioned before, we’ll look at all things inspired by water like ocean themed names, seas, waves, rain, and bodies of water. To make things more fun, I’ll do my best to include meanings and origins for all the names.

Adaliah – is a biblical girl name meaning ‘one that draws water’

Atlantis – I had to include this supposed city that has been lost to the sea, it comes from Greek and means ‘island of Atlas’

Avisa – meaning ‘ocean’ comes from Sanskrit, it can also mean ‘pure water’ in Persian and Iranian

Cascade – comes from French and means ‘to fall’ or ‘waterfall’

Chantara – is a Thai name and means ‘moon water’

Chelsea – this Anglo-Saxon name means ‘port by the sea’

Delora – this pretty Latin girl name means ‘from the seashore’

Derya – is a Turkish girl name that means ‘sea’

Ebba – is an English baby name that means ‘flowing tide’

Eldoris – is a Greek baby girl name meaning ‘of the sea’

Baby Girl First and Middle Names That Sound Good Together

Outer Space Themed Baby Names That Are Out of This World

Fontana – is a pretty girl name of Spanish, Italian and Catalan origin and means ‘dweller near the spring’

Isla – is the name of two Scottish rivers and means ‘island’

Lorelai – name of a rock headland, located at the Rhine River. The stories claim a maiden named Lorelei lived on this rock and would lure sailors to their deaths with her siren-like voice.

Lynn – is a sweet and simple Welsh name that means ‘lake’

Marilla – has Latin roots and means ‘by the sea’

Marina – also has Latin roots meaning ‘from the sea’

Meris – has Latin roots meaning ‘of the sea’

Moselle – is a lovely Hebrew girl name meaning ‘from the water’

Muriel – is an English and Celtic name meaning ‘bright sea’

Four Letter Boy Names That Are Short and Cute

Pelagia – is a Greek baby name meaning ‘of the sea’

Shannon – is an Irish girl name that means ‘old river’

Talora – is a Hebrew baby name that means ‘mornings dew’

Tarni – is a water themed Kaurna word for ‘wave’ or ‘surf’

Varsha – is a classic Indian girl name that means ‘rain’

WATER NAMES FOR BOYS SURE TO MAKE A SPLASH!

This list will look at some water baby names for boys and their meanings and origins. Again, all things water themed are up for grabs in terms of these unique baby boy names.

Aalto – is such unique boy name that has Finnish and Scandinavian origins, it means ‘wave’

Alun – is another rare boy name you don’t really hear, it has Welsh origins and means ‘water’

Arnav – is a Hindu boy name that comes from Sanskrit and means ‘ocean’, ‘foaming sea’ or ‘agitated waters’

Bradman – this English boy name means ‘at the wide river’

Coburn – is a Scottish boy name meaning ‘where the streams meet’

Daileass – this uncommon Scottish boy name means ‘from the waterfall’

Deniz – is a Turkish boy name that means ‘sea’

Gal – is a baby name of Hebrew origin meaning ‘wave’

Haven – is a unisex English name meaning ‘place of shelter’ or ‘port, harbor’

Hudson – is a water themed place name inspired by the Hudson Bay and it means ‘son of Hudd’ and ‘heart, mind and spirit’

Irving – is a cute boy name of English, Irish and Welsh origin meaning ‘friend from the sea’ or ‘white river’

Merton – is an English boy name meaning ‘settlement by the lake’

Rayan – is an Arabic baby boy name that means ‘watered’

Rivo – is a boy name with Latin roots meaning ‘stream’

Tarni – is the Kaurna word for ‘surf’ or ‘wave’

Tasman – is a water inspired name referring to the Tasman Sea

Thames – is a river in England and means ‘the dark one’

I know choosing the perfect baby name can be an overwhelming and daunting task but it’s also such a huge honor. It’s one of the first big baby decisions you’ll make together and also one of the first special gifts you give to your precious one.

Try to enjoy the process and keep an open mind while you compile a list of potential names.

Here are some tips to help you on the journey to choosing the perfect baby name.

SAY THE WHOLE NAME OUT LOUD

Sometimes things sound better in your head. So try out the full name (first, middle and last) out loud. Does it have that special ring to it? Does it flow or is it choppy? Does it actually sound like something else?

Amy Shumer’s naming incident comes to mind. She gave her son the beautiful name  Gene Attel Fischer but didn’t realize until later that Gene Attel actually kind of sounds like you’re saying genital. Needless to say, she ended up changing the name shortly after.

THINK ABOUT THE INITIALS

Another thing that parent’s don’t always consider initially are initials. You don’t want your little one winding up with something unfortunate like Alexander Shane Smith.

CONSIDER THE MEANING OF THE NAME

Sometimes, a name’s meaning can be powerful it tips the scale. If you have a few favorite names, take a look at their meanings and it could help you decide. There are often multiple meanings and origins so if you don’t like one, you can probably find another.

You might come up with that most beautiful name but then everybody ends up calling your child by a shorter nickname instead. More often than not, we end up using nicknames rather than full names so it’s important to think about nicknames too and make sure you love those just as much since you may end up using them more.

What was your favorite water inspired name? If you haven’t found the perfect name yet don’t forget to check out some of the other related posts for more inspiration.

Whatever baby name you choose will be perfect and fit just right. If you need a second opinion, I wouldn’t ask anybody too close to you because their opinions may hold too much weight and you begin to second guess yourself.

You could always visit mommy forums like those on baby center to ask the opinions of other moms going though the same thing. 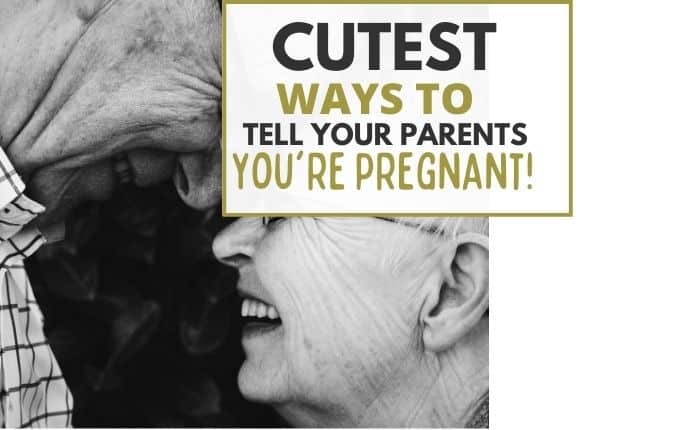 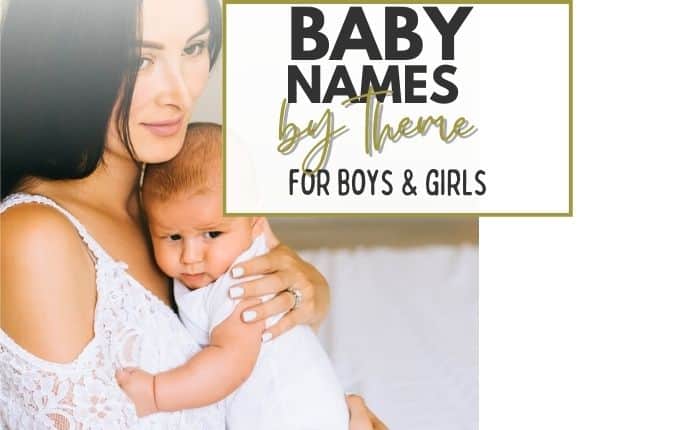 Interesting idea to get a name associate with water. They are beautiful and lovely.

I agree! Water inspired baby names are just beautiful and have great meanings

So many beautiful names. I’ve always loved the name Cora.

Great names! I love the name Storm from your list! Sounds very distinguished and reminds me of a soap opera lol.

This is beautiful! I love this peaceful list of names related to water. Wish I had seen this when I was choosing names for my baby!

I’ve always loved Sabrina and Birney but I never knew what they meant. Thanks for sharing this awesome list.