Boy First and Middle Name Combinations That Are TOO CUTE!

Looking for the perfect combination of first and middle names for a boy?

When you find out you’re expecting, the first thing you often start thinking of is baby names. It’s one of the most fun but sometimes most difficult parts of becoming a new parent.

I had a lot of the same excitement and angst when trying to decide on the perfect name for my little guy. I wanted to choose a first and middle name that sounds good together but was also meaningful to us in some way.

After all, my little guy would have to wear this title proudly for the rest of his life!

Hopefully, all that work will help you out too and make choosing your baby’s name an enjoyable and memorable task.

Alright, onto our list of boy first and middle names that sound beautiful together!

Choosing the perfect name combination can be tough but hopefully these names will give you a little inspiration. I was trying to figure out name combinations that roll off the tongue and sound great together.

Say them out loud and see what speaks to you- then jot those down and check back throughout your pregnancy to see if you still love them in a few weeks or even months.

I found that the ones I was initially drawn to ended up being my winner.

When it’s right, you just know.

Disclaimer: This post contains affiliate links which you can learn more about here.

this would be perfect for a nickname like CJ- so cute!

RELATED POST:  Moms Shares How to Gets FREE Baby Products with this Trick!

Gavin – meaning ‘god- send’ or ‘white hawk’
Mitchell – meaning ‘who is like God?’ – a form of Micheal

Leroy – meaning ‘the king’
Nicholas – meaning ‘victory of the people’

♡ Prepping for labor? Check out this FREE Prenatal Course ♡

Nigel – varies by origin by most common meaning is ‘champion’, ‘cloud’ or ‘passionate’
Hale – place name meaning ‘a nook, hollow or recess’

Sawyer – meaning ‘to saw’
Mackenna – meaning ‘son of the handsome one’

Choosing baby names can be so tough! Finding just the right first and middle name combinations can be even tougher.

I don’t have a middle name so I was really excited about choosing one for my boy!

Here are some tips to help you make the right choice.

Don’t Choose A Name You LOVE– this sounds a little crazy right?! But, actually, it makes a lot of sense. Do choose a name you really like but maybe not the name you absolutely love, for a middle name. This is because, you may have another baby and then regret not saving that name for a first name. It’s kinda like ‘wasting’ a name.

Family Names & Traditions– a middle name can be a great way to honor family members. Some families have a tradition of passing down certain middle names or maybe a certain letter. It’s great because you know you’ll always love that name since it’s tied to someone you love.

Think About Initials– when you’re picking out your baby’s middle name, consider what those initials are going to be. Sometimes you don’t and your little one ends up with an unfortunate combination like my childhood classmate Alison Sutton Smith – true story.

Consider Nicknames – the other nice thing about middle names is that they can often offer a cute nickname when you combine the first two initials. I love the classic Alexander James- A.J

Consider The Full Name– think about how the entire name flows- say the full first, middle and last name out loud and see if you love it! If you have a short- one syllable last name you may want to opt for a longer middle name to give it better flow.

Think about the meaning– if you’re having trouble deciding on a name or have a few that you love and can’t decide, then it can be helpful to look up name meanings. You may find that you love the meaing of one name more than the rest and that can help you choose.

Finding The Perfect First and Middle Name Combination For Boys

Hopefully you found some inspiration for first and middle names for boys that sound beautiful together. This should be a memorable and fun task for you and your partner. Don’t let others put doubts in your mind if you love a name.

Eventually, everyone will come to love it to and you won’t be able to imagine any other name for your little boy. Whatever you decide will be just perfect! 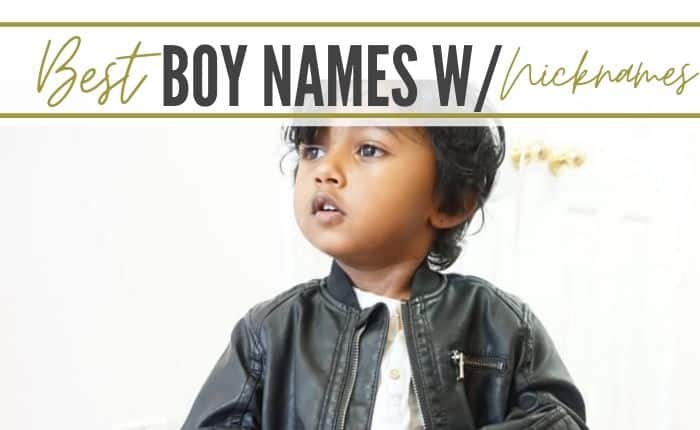 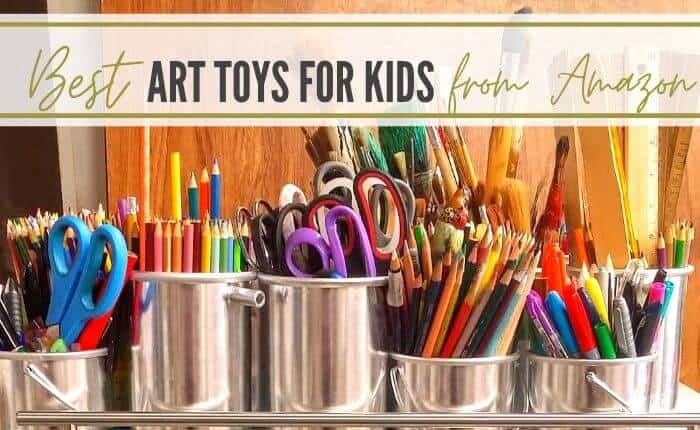 Next →
Best Art Toys For Kids (For Getting Arsty AT HOME)
Click here to cancel reply.

Where did you get some of the meanings of the names from?! Nolan means “noble”, not “chariot fighter” - pretty sure there weren’t many chariots in ancient Ireland!

there are several different variations and meanings depending where you look (I mentioned that ) the Gaelic “nuall” means “chariot-fighter, champion” and it is one of the possible meanings of Nolan. Noble is another meaning derived from a different root word. mine comes from the Irish surname Ó Nualláin

Wonderful list! I have 4 boys and worked really hard to land on a good combination of first and middle names.

Will have to come take a look again if we will have another boy 🤪 I like the tips you suggested as well!

Great list! Will have to come take a look again if we will have another boy 🤪 I like the tips you suggested as well!